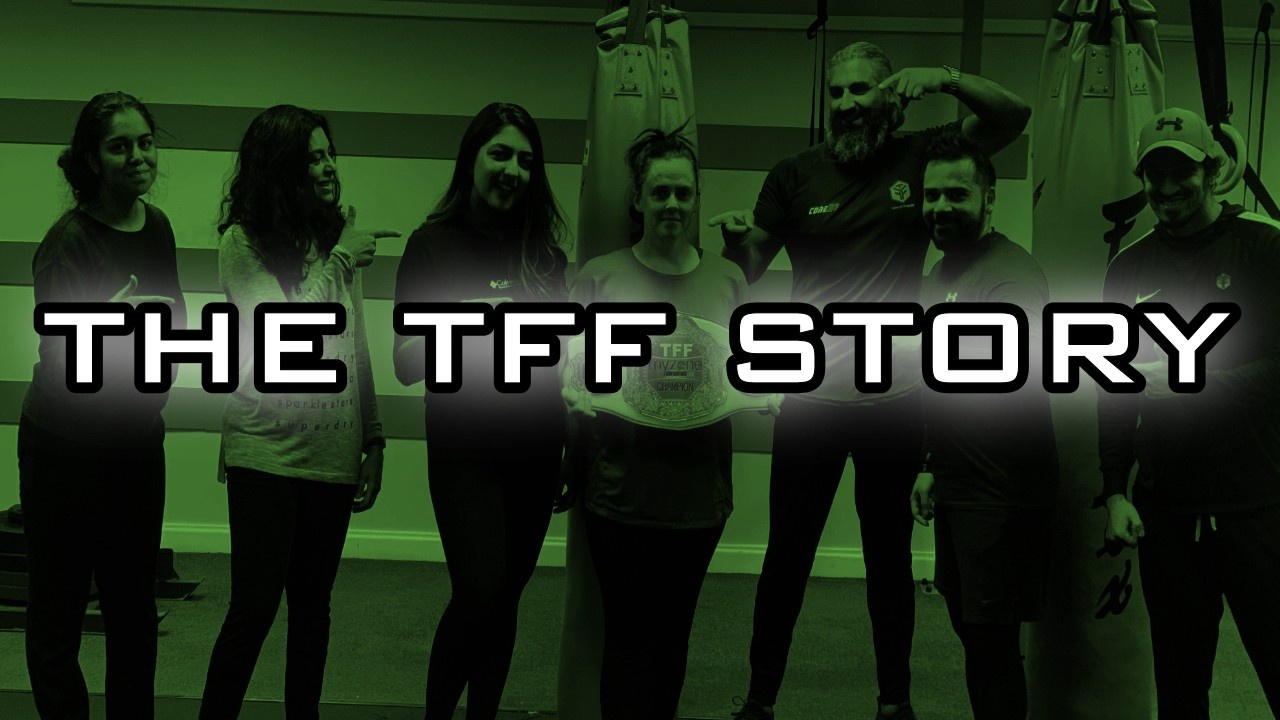 "We had a passion, but we saw a major problem"

Unlike most fitness coaches or training companies that start because that’s their passion, TFF wasn’t started just because we loved what we do, sure, we’re passionate and are great at our jobs but TFF was born from a mission to provide something that was missing and that was client focussed excellence.

When Athena and Fahad first decided to get serious about helping people getting fitter and launch their own coaching business, they saw a huge problem.

Athena had been coaching for many years prior to the inception of Team Fighting Fit and Fahad, through his experience as a fighter, would coach on a part-time basis.

But a push became a shove into what would become a mission. And this was a mission to fix an industry that was letting the very people down that it swore to help.

Everywhere they looked, Athena and Fahad saw big egos, they saw programmes that were designed to destroy the average person and gyms that were, well, just not nice places to be.

It all really got started at Body Power in 2012 - Athena was part of Team BSN, one of the largest supplement brands of that, and current time so they would both be working at the booth.

At this time, Athena was already an established fitness coach but Fahad had only really dabbled, sharing his knowledge with whoever would listen but the seeds were planted to do something. He spent the rest of the year investing in becoming a certified coach.

It was then clear what the next step would be. Athena and Fahad decided that the right vision moving forward would be to create their own brand of fitness combining Elements of fitness with personal development, two things they valued very highly and present it in a way that was non intimidating, friendly and welcoming.

Because that was what most fitness coaches were already doing, and it was turning people away. Sure, there are people that lap that kind of atmosphere up and that’s great for them, but for everyone like us, There’s TFF Fitness.

At TFF Fitness, you’re not a number or even a member, you’re a valued part of a family of people who care for each other and want to strive together to achieve big things.

It’s not about gimmicks or the latest fashions and fads, everything is backed by science but wrapped neatly with a bow of fun to make sure it’s engaging because at TFF, we know there are 100’s of other things you’d probably rather be doing than going to a gym!

The clients, aka the TFF Family have grown to value the environment TFF offers coupled with the attention to detail every coach gives to their client as well as an individualized prescription for each member. It’s not about throwing you into a cookie cutter program like everyone else because we know, that’s just a recipe for disaster.

In the years since TFF started, we’ve evolved. We’ve never really stayed the same because our vision and mission remained the same, to provide the highest level of coaching and be the best hour of our clients day and to ensure that everyone leaves our facility a better version of themselves than when they walked in.

This commitment has seen us evolve as coaches and investing as much time and money as we can on our continuing education to be on the forefront of the latest research and, our commitment is to keep on growing as coaches and keep getting better to impact more people in a positive way.

We live by the fundamental philosophy that a healthy body is imperative to a successful life and the more people in the world who are healthy, happy and doing their thing with energy and confidence, the better the world will be!

Need to speak to an expert on how you can achieve your fitness goals?

Let's turn One Day into Day One!

Your journey to optimal health and well being starts with a FREE, non obligation Intro session where one of our friendly, experienced coaches will help you map out the quickest path for fitness success.

Fill out the form below to book your FREE Intro session

Got questions? Don't hesistate to email us at [email protected]

Turn "One Day" into Day One!

Your journey to optimal health and well being starts with a FREE, non obligation Intro session where one of our friendly, experienced coaches will help you map out the quickest path for fitness success.

Fill out the form below to book your FREE Intro session

On completing this form, you'll be taken to a calendar to book your FREE intro session. If you have any questions, do not hesitate to contact us at [email protected]